You are here: Home / Lamb / Spring Lamb with Asparagus 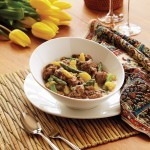 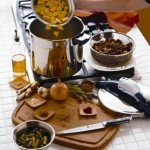 Using the Carving Knife, cut the lamb into 1-inch cubes. With the Chef’s Knife, slice onion, asparagus and potatoes as specified on the ingredients’ list.

In the 3-quart Mixing Bowl, combine lamb with onions, seasonings and lemon juice. Rub the meat well with the spices.

In the 10-liter Pressure Cooker, add the chicken stock and place meat into the basket. Lock the cover and turn the Regulator to number 2. At medium-high heat, cook the lamb for 7 minutes or until the valve whistles. Turn to medium heat and cook for 30 more minutes. Then, turn to low and cook for an additional 30 minutes. Remove Pressure Cooker from heat and let cool off until it is safe to open. Remove the basket full of cooked lamb and set aside. Keep broth of meat in the cooker. 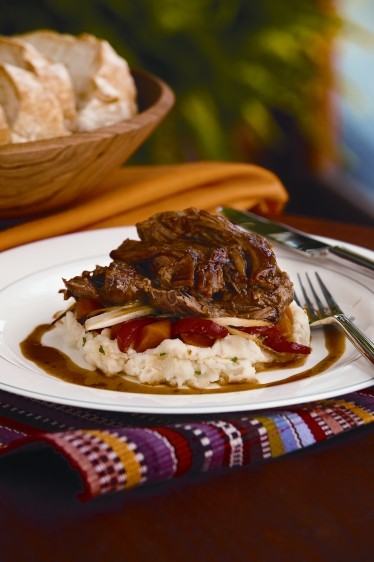