Preheat the 8-inch Skillet at medium heat for 3 minutes; add shrimp, pepper, green onions, and 1 tablespoon of chopped dill. Cook for 5 minutes or until shrimp is well-cooked; season with salt and pepper, and set aside.

In the 2-quart Mixing Bowl add whipping cream, 1 tablespoon of dill, salt and pepper. Take one tortilla and dip it into the cream mixture, coating the entire tortilla. Lay it on a plate and fill it with shrimp mixture; roll tortilla tightly and place it in the 10½-inch Skillet. Repeat with rest of the tortillas and shrimp mixture.

Once all stuffed tortillas are placed in the skillet, cover them with remainder of cream, and sprinkle with feta cheese. Cover skillet, close the Redi-Temp valve and cook at medium-low heat for 20 minutes, or until tortillas are soft.  Serve while still hot. 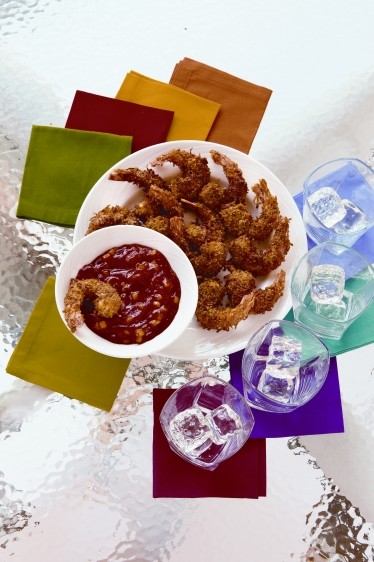 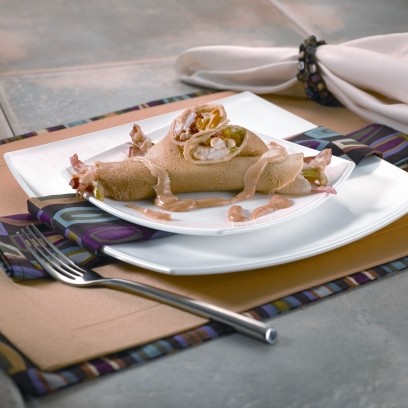