In the 3-quart Dutch Oven, add rice and chicken stock; cover with valve open and cook at medium heat until it whistles (about 8 minutes.) Close the valve, reduce heat to low, and cook for another 12 minutes or until rice is cooked.

Preheat the Square Griddle at medium heat for 6 minutes. Place Poblano peppers and blacken each side for about 6 minutes. Remove and let them cool. With the Chef’s Knife, peel, de-seed and slice them into strips. Using the same knife, cut the other vegetables as directed. With the Carving Knife, cut pork into 1-inch cubes.

Preheat the 4-quart Wok at high heat for 4 minutes. Add pork cubes and cook for 4 minutes or until golden brown; stir frequently. Add vegetable oil, red onions, sweet potatoes and Poblano peppers; cook for 5 minutes while stirring. Add the remaining ingredients, mix well and cover. Reduce heat to medium and cook for another 10 minutes; stir occasionally until sweet potatoes are done. Serve with the white rice. 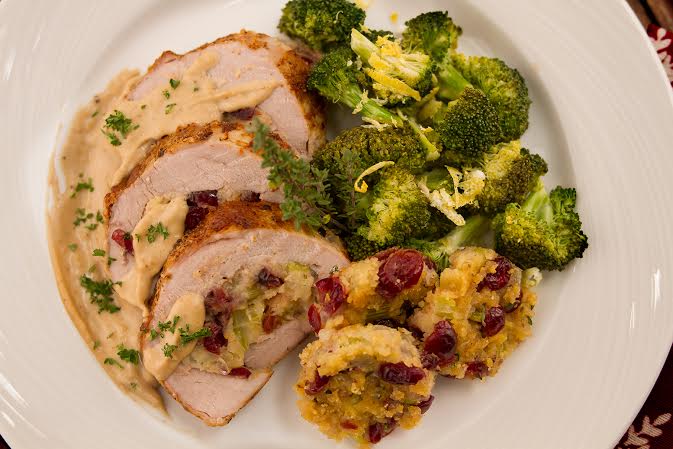 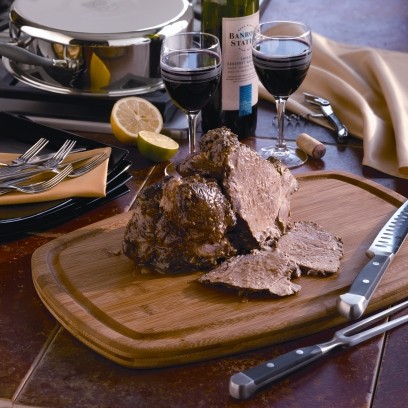